LAHORE: Aiman Waheed, a nine-year-old girl from Lahore, has written and published a 64-page novel titled “The Dangerous Pet” which is available in the local market.

According to her family, Aiman has always been into reading books and completed her novel in a span of four months.

“I kept jotting down my ideas in the form of points. And when I started writing, the story just went with the flow,” the young author said.

The sixth-grader has already started working on her next novel which would be a mystery story. 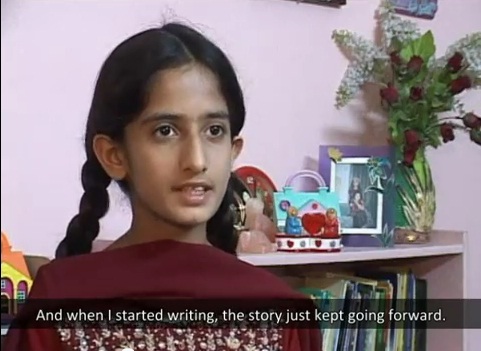 Aiman completed her novel in a span of four months.

3 thoughts on “A 9-year-old novelist from Lahore”