Pakistani Athar Osama, who dreams of reviving the Golden Age of Islamic Science, has won an award at an event considered to be the Oscars of Science and Technology on Wednesday night at the UN Building, New York.

Osama – known for his pioneering work on introducing and popularising the ideas of science and innovation policy through journalism — visions to promote Muslim science through his online journal Muslim-Science.Com.

He termed the launch of website Muslim-Science.Com as just the beginning. “Our hope is to launch a series of very interesting and important signature initiatives alongside the web portal that will make critical contributions in areas of greatest weaknesses in the science and innovation eco-system in the Islamic World,” Athar added in his speech. 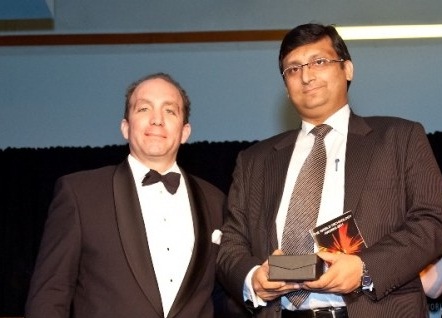