Paris, France: A week before making their debut appearance at the Barclays ATP World Tour Finals, Rohan Bopanna and Aisam-ul-Haq Qureshi captured their first ATP World Tour Masters 1000 title. ‘The Indo-Pak Express’ were too strong for Julien Benneteau and Nicolas Mahut in the BNP Paribas Masters final, defeating the French wild cards 6-2, 6-4 on Sunday in Paris.

“We are ecstatic to win our first Masters 1000 title,” said Qureshi. “Last year we didn’t play well in finals and this year we have won three out of three.”

“They were stronger than us today and I wish them good luck in London next week,” said Benneteau. “We got a wild card and had a great run, we enjoyed playing in front of a big crowd and having their support.” 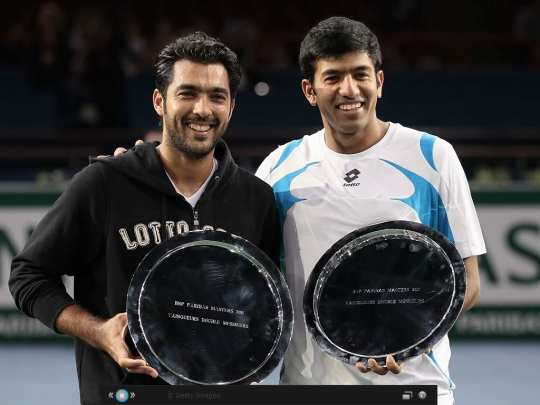