ISLAMABAD: Namira Salim’s star is about to launch as she is set to become Pakistan’s first astronaut. Her maiden voyage will be in 2012. Sir Richard Branson, chairman of the Virgin Group, officially launched Salim as a Virgin Galactic Founder Astronaut in Dubai in March 2006.

She is also the First Asian to skydive from an altitude higher than the peak of Mount Everest, at 29,480 feet. Salim also hoisted the national flags of Pakistan, the UAE, Monaco, the EU and a universal peace flag at the North Pole on April 21, 2007 and at the South Pole on January 10, 2008.  She is the first Pakistani to trek to both the North and South Poles. 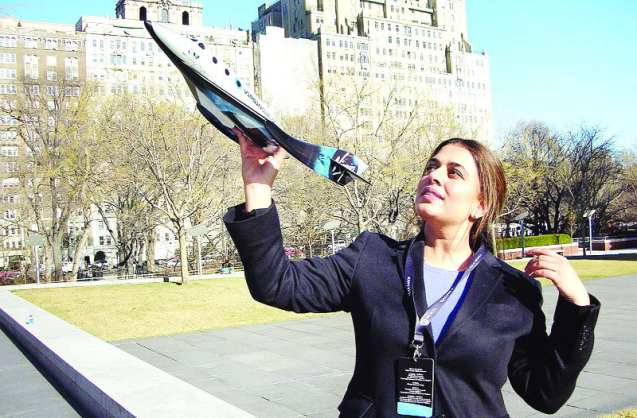